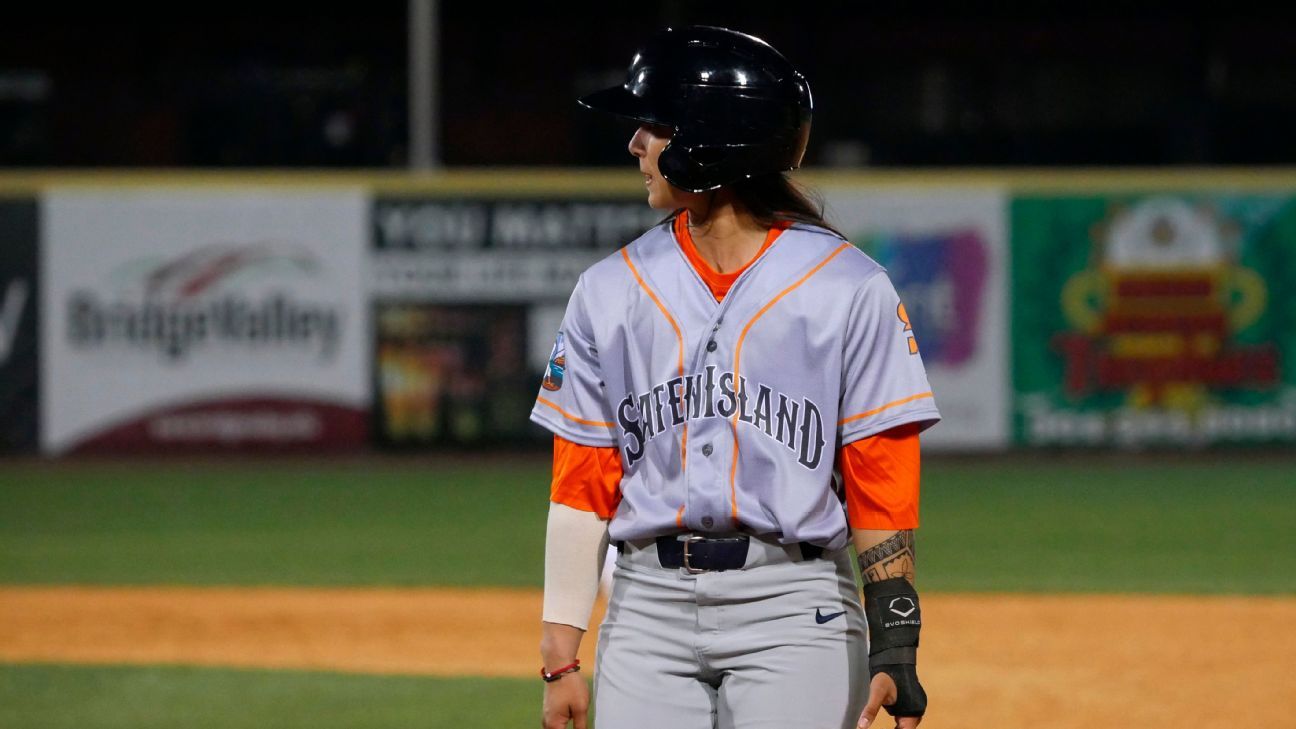 Days after breaking another barrier by starting in left field, Whitmore got the chance to show off her two-way talents with two outs in the ninth inning against the Lexington Legends.

Trailing 3-1, manager Edgardo Alfonzo gave Whitmore the ball for the first time in Staten Island’s 11th game. She came on to face Jackson, who played 42 games in the majors with the St. Louis Cardinals and Los Angeles Angels but hasn’t been in the big leagues since 2015.

Whitmore threw a ball and then got two called strikes before Jackson flied out to the right field.

Whitmore, a right-handed thrower and batter, went 0-for-2 and was hit by a pitch Sunday, when she became the first woman to start an Atlantic League game. She has also been used as a pinch runner.

Last month, San Francisco Giants coach Alyssa Nakken filled in as first base coach, becoming the first woman to coach on the field for a big league game. A few days before that, Rachel Balkovec won her debut managing the low-A Tampa Tarpons in the New York Yankees’ system, becoming the first woman to skipper a team affiliated with a major league club.

Whitmore pitched and played in the outfield for the US women’s baseball team from 2014 to ’19 and spent parts of two seasons with the Sonoma Stompers of the independent Pacific Association.

Atlantic League teams are not big league affiliates, but the circuit is an MLB partner league. It’s a step up in quality from the Pacific Association.