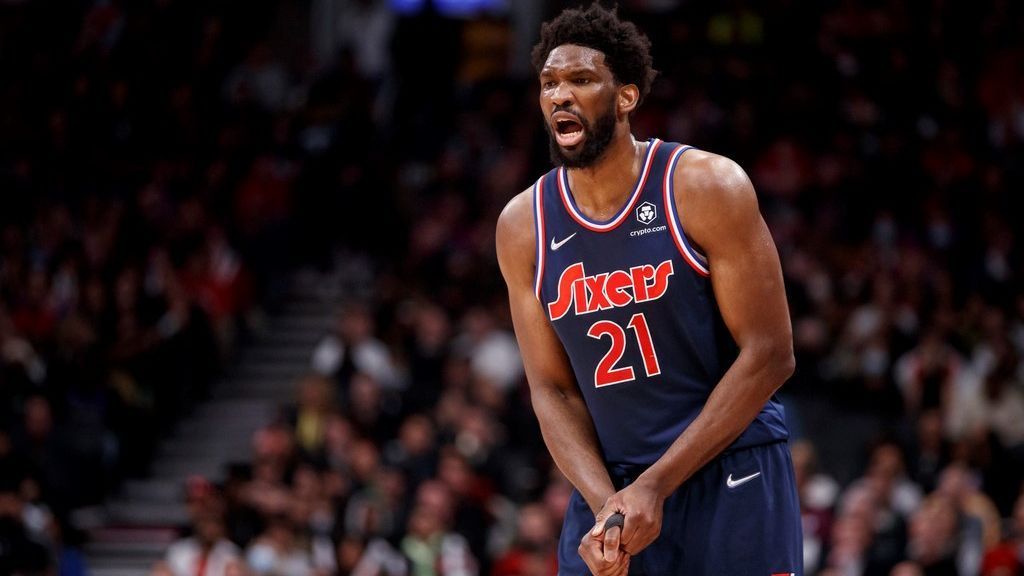 CAMDEN, NJ — The Philadelphia 76ers announced Friday morning that superstar center Joel Embiid has cleared the NBA’s concussion protocol and participated in the team’s morning shootaround ahead of Game 3 of Philadelphia’s Eastern Conference semifinal against the Miami Heat on Friday night, moving him a couple of steps closer to returning to the court.

Embiid, who missed the first two games in Miami — both 76ers losses — after suffering a right facial fracture and concussion when he was hit in the head by an elbow from Toronto Raptors forward Pascal Siakam in Game 6 of Philadelphia’s first-round series victory, remains listed as out for Game 3, but the team said its status could again change between now and game time.

With the concussion protocol behind him, Embiid still needs to be cleared to play through the facial fracture, which would require him to wear a mask for Friday night’s game. Embiid has done this before, missing three weeks in 2018 — including the first two games of Philadelphia’s first-round playoff series against the Heat — after colliding with teammate Markelle Fultz and suffering a left facial fracture and concussion.

Philadelphia struggled without Embiid, who last month was named a finalist for the NBA’s Most Valuable Player award for a second consecutive season. In the two games in Miami, the Sixers were a combined 14-for-64 from 3-point range and had no answers for Miami’s All-Star center Bam Adebayo, who averaged 23.5 points and 10.5 rebounds on 71.4% shooting over the two games , both comfortable Heat victories.

The Heat, meanwhile, continue to wait and see whether Kyle Lowry, who has missed the past four games with a hamstring injury, will be able to play in Game 3. The Philadelphia-born standout and former Villanova star, who had been listed as out for Games 1 and 2 after suffering the hamstring injury in Game 3 of Miami’s first-round series victory over Atlanta, was upgraded to questionable Thursday.