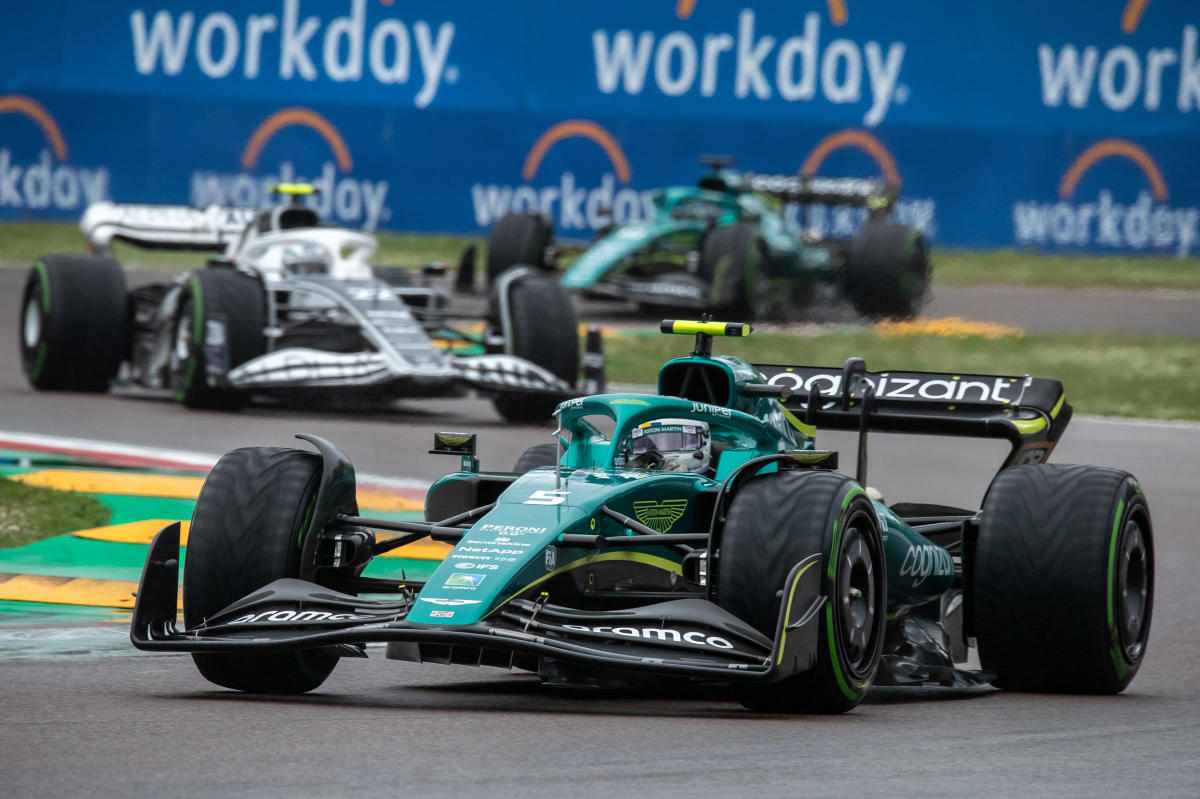 Top-tier racing series Formula 1 (FWONK) is coming to Miami this weekend, bringing along plenty of glitz, glamour, and giddy prices.

The Miami Grand Prix, sponsored by Crypto.com, is the first F1 race in Miami’s history and only the second in the US, following one in Austin earlier this year. The third US race starts next year when Las Vegas joins the calendar.

Miami adds another posh, tropical setting for the racing series, which already touts tracks in Singapore and Monte Carlo. But Miami’s got its location going for it, as it is conveniently located on the populous East Coast, is close to Latin America and South America, and only a transatlantic flight from Europe.

And it’s this proximity to a large swath of F1 fans that have tickets in high demand. For the three-day event located at a purpose built track at Miami’s Hard Rock Stadium complex, basic grandstand tickets and general admission were starting at $300 just for Friday’s practice session, and $500 for Sunday’s race. These tickets are all sold out, and on verified sites like Ticketmaster race-day tickets are starting at around $800+ a piece.

It gets even more bonkers from there. There are numerous VIP stands and facilities around the entire track, including Hard Rock’s own Beach Club and pool area, where a “sand” ticket to the beach area costs $1,000 for the weekend and an enhanced “deck” ticket goes for $2,000. The race organizers have even built a fake “marina” with yachts docked around one of the corners of the race track.

A limited number of three-day hospitality tickets that cost around $5,000 to $10,000 sold out in the first week. Don’t even bother asking about the Formula 1 Paddock Club, the most exclusive enclave at every F1 race. Expect to pay even more than $10,000 for that access.

With an expected attendance of 300,000 fans over three days, hotel room prices are rising higher as the weekend approaches. Some of Miami’s top hotels are offering suites that will end up costing over $100,000 for the three day weekend. Faena South Beach’s package includes a penthouse, access to Red Bull’s Guest House at the race track, and a butler.

Along with the expensive hotel rooms come high-priced dining options. It isn’t uncommon to pay $15 for a beer or $40 for a burger in and around South Beach, but for the race weekend prepare for an even more turbocharged bill. Major Food Group, which operates restaurants like Carbone and Dirty French in New York City, has sold out of its $3,000 per person dinner reservations at its Miami Carbone Beach pop-up.

Add it all up and it will be one expensive weekend for fans lucky enough to get tickets, but this shouldn’t be a surprise given the rising popularity of the sport in the US. One of the biggest reasons why the sport has seen an uptick recently is the result of the Netflix docu-series “Drive To Survive,” that chronicles all the F1 action and drama, on and off the track.

“Where a lot of other sports are almost exclusively played on the field, there’s as much sport that takes place off the racetrack as on, and I think Netflix has kind of captured that dynamic of the sport,” McLaren Racing CEO Zak Brown said in a recent interview on Yahoo Finance, discussing the Netflix effect on the sport’s popularity.

This in turn is lifting the team’s bottom lines as well. “The commercial side of the sport — in my 20 years being around Formula 1 and six years running McLaren, I’ve never seen the sport stronger,” Brown says.

And more money coming to the sport means new entrants. Ahead of the Miami Grand Prix, Volkswagen’s (VOW.DE) CEO confirmed that German sports car giants Audi and Porsche will both be joining the sport in 2026, when new engine regulations go into effect.

For a sport that typically expands to a glacial pace, the addition of two new big teams, and a glitzy race in Miami, is a sign of how much money is coming into the sport.

Read the latest financial and business news from Yahoo Finance