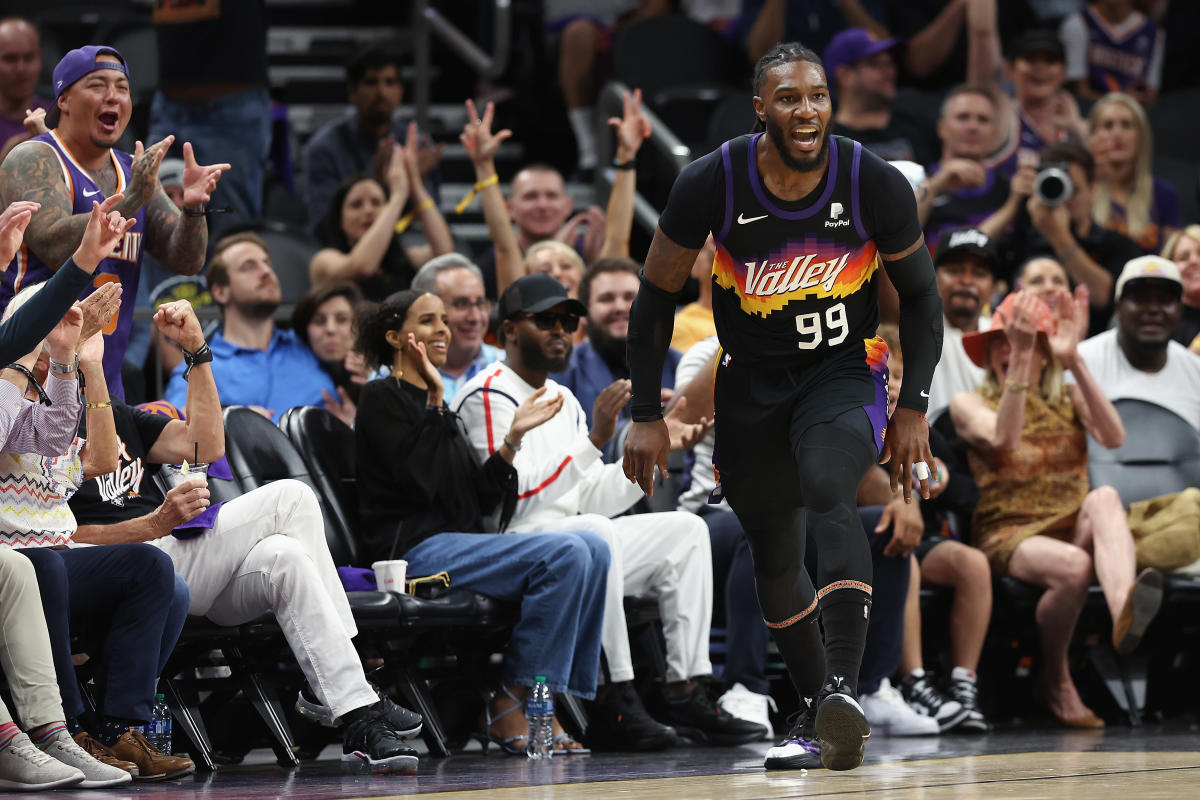 The Phoenix Suns forward kicked Luka Doncic directly in the groin in the first half of Game 1 of their Western Conference semifinals series against the Dallas Mavericks on Monday at the Footprint Center.

Crowder went to make a pass near the top of the key around the midway point of the second quarter, and his right leg cam flying up before drilling Doncic directly in the groin. That, naturally, felt Doncic to the floor in pain.

Crowder, after a review, was then hit with a Flagrant 1 foul.

Yet because that didn’t result in an automatic ejection, Green erupted on Twitter almost instantly.

Clearly, he didn’t think it was fair after what happened to him the night before.

by his jersey in midair during Game 1 of the Golden State Warriors’ series against the Memphis Grizzlies. That play resulted in a Flagrant 2 foul, which triggered the automatic ejection.

Ever since that play, Green has been telling anyone that will listen — whether that’s on his podcast, on Twitter or even on TNT — that he didn’t think the call was fair, and that it was due to his reputation more than anything.

Though they were both flagrant fouls, the two were far different from each other. And for what it’s worth, the two players’ reputations are equally different.

But Green, just like he has been, isn’t ready to let this one go just yet.