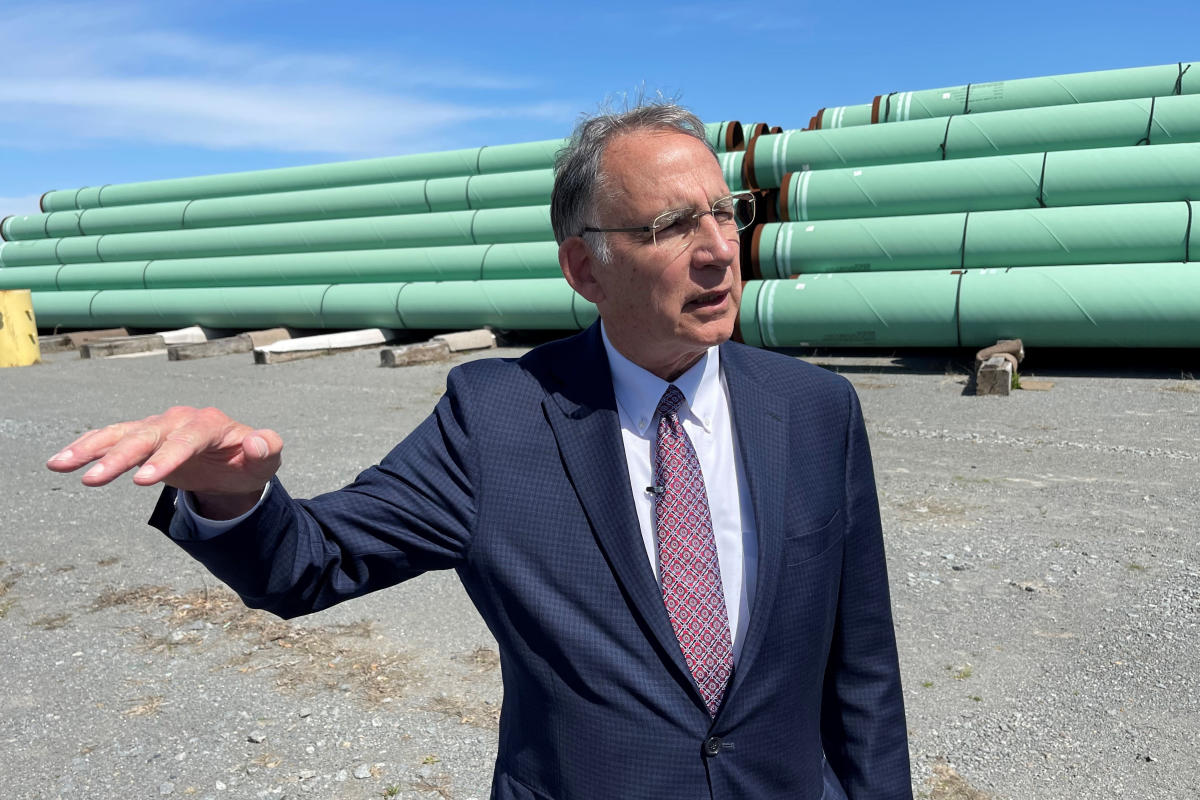 At home, two-term Republican Sen. John Boozman is known as an unassuming figure who talks almost in a whisper and is more comfortable chatting about policy or the University of Arkansas Razorbacks’ football record than giving fiery speeches.

But you wouldn’t know that if you turned on the television lately.

“John Boozman has always stood up to the gun-grabbing liberals of Washington,” local sheriff says in one Boozman ad. In another, fellow Republican Sen. Tom Cotton hails Boozman as “our conservative fighter.” Boozman promises to finish building the wall along the US border with Mexico that Donald Trump promised.

The sharper tone is Boozman’s effort to deal with an awkward problem as he seeks reelection in a Republican stronghold that Trump won overwhelmingly two years ago: Conservative voters are restive with Trump out of power, and GOP candidates are expected to sound bristling mad about it.

Boozman said the ads are not inconsistent with his low-key style and that he is just focusing on concerns he is hearing from voters.

“These are the things that are on people’s minds, so what we’re trying to do is address those issues and help them understand we’re at the forefront of working hard to get something done,” Boozman said. “I’m not an individual that screams and hollers. I’m an individual that gets to work and gets results.”

But ferocity just doesn’t come naturally to Boozman. His more combative friends are rallying to help with that.

“He doesn’t draw attention to himself,” Republican strategist Bill Vickery said of the 71-year-old eye doctor and former Razorbacks football player. “He sort of lets his record speak for himself.”

In GOP-led states, even Republicans with seemingly safe seats are trying to ward off any perceptions they are insufficiently loyal to the former president. Such concerns already led Trump to withdraw his endorsement from Mo Brooks in Alabama’s Senate race, and have driven him to back an effort to unseat Georgia Gov. Brian Kemp in that state’s primary.

Boozman has received Trump’s endorsement along with the backing of top Republican figures in Arkansas. That includes Sarah Sanders, the party’s likely nominee for governor who was as Trump’s press secretary. Boozman has also been endorsed by the National Rifle Association and National Right to Life.

His chief rival in the May 24 primary is Jake Bequette, a former NFL and Razorbacks player who served in the Army and has appeared frequently on Fox News. Bequette’s fundraising has paled in comparison to Boozman’s, but he is backed by a super political action committee supported by shipping executive Richard Uihlein.

“I think in this political environment, the people of Arkansas and America First patriots around the country, they want conservative warriors,” Bequette said.

Boozman’s other GOP challengers include Jan Morgan, a former TV reporter and conservative activist who has appeared at the state Capitol frequently to push for bans on vaccine mandates and for looser gun laws.

One of the main areas of attack is Boozman’s decision to not challenge Biden’s victory in the 2020 election, despite Trump’s lies that the election was stolen. Boozman’s rivals have also criticized the senator for saying Trump bore “some responsibility” for the Jan. 6 insurrection at the Capitol. Boozman voted to acquit Trump during impeachment proceedings.

Boozman said he does not think Trump bears direct responsibility for the riot, and he has called the House investigating committee Jan. 6 to “partisan charade.” Boozman said he remains committed to Trump and would support him for president in 2024.

“I do know if he was president now, we would be in a much better position than having President Biden,” Boozman said.

With hardly any public polling available, there are few signs indicating trouble for Boozman. The incumbent has been ousting his rivals and blanketing the state with ads, including the one featuring Cotton, a potential White House candidate in 2024. Two super PACs recently supporting Boozman have begun airing TV ads.

Boozman has focused on farming and veterans issues during his time in the Senate, topics that do not lend themselves to viral videos or incendiary speeches but are crucial in this predominantly rural state. He is in line to lead the powerful Senate Agriculture, Nutrition and Forestry Committee should the GOP win control of the Senate this fall.

Boozman compared his approach to that of the football coaches he said influenced him the most in school.

“They didn’t just scream and holler. They put game plans in place and worked toward a common goal to get things done versus just screaming about it,” Boozman said.