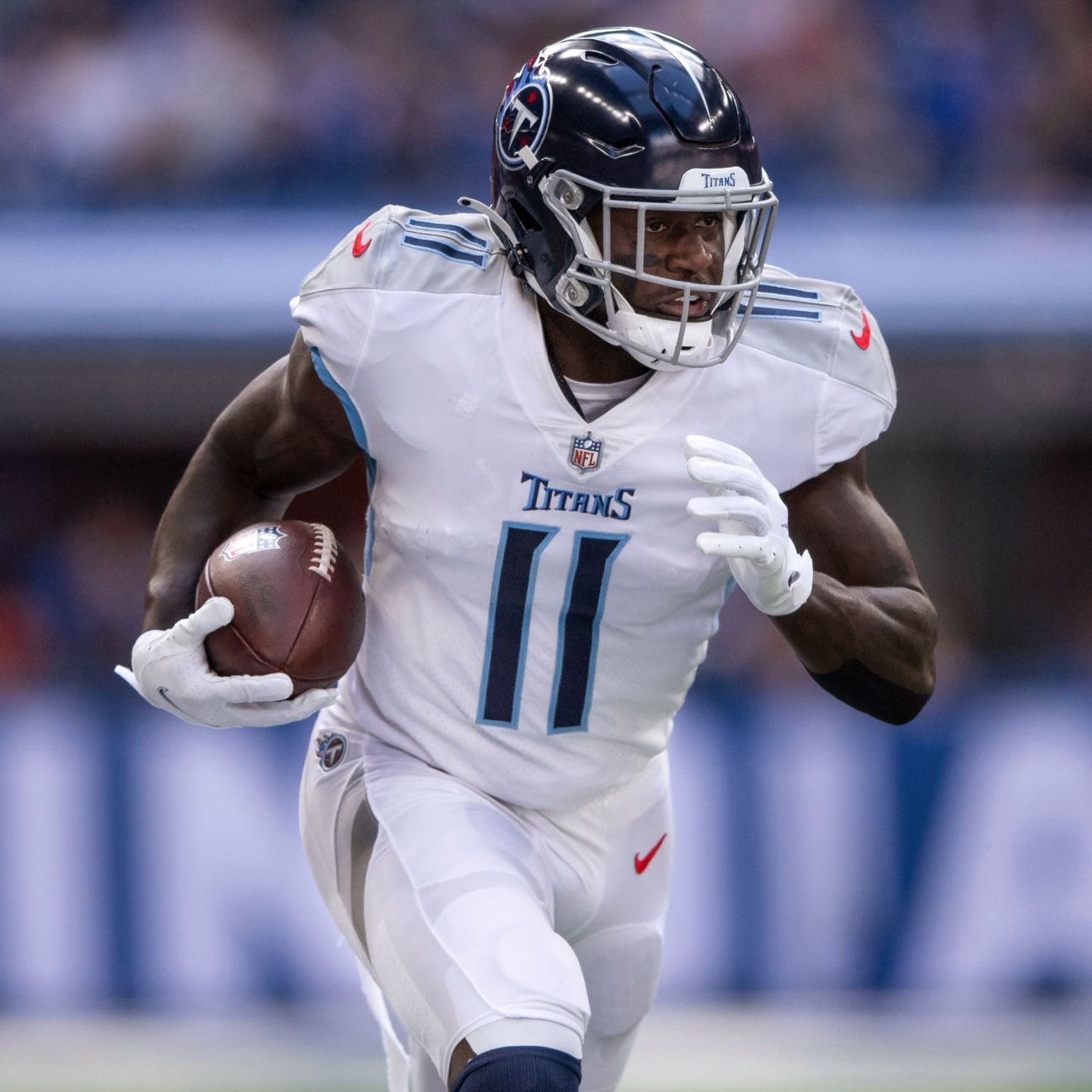 PHILADELPHIA — Receiver AJ Brown called his trade from the Tennessee Titans to the Philadelphia Eagles “bittersweet” at his introductory news conference Monday.

“I built relationships over the last three years with a lot of good friends, and just to see it go, just leaving the building, it’s tough,” he said. “But I’m also excited to be an Eagle and to be a part of a great organization.”

Brown requested to be traded from the Titans after the two sides failed to come to terms on a contract extension, ESPN’s Turron Davenport reported. Brown commented Monday, saying he was choosing to look forward and not back.

The Eagles acquired Brown on the first night of the 2022 NFL draft for a first- and third-round pick, then gave him a four-year, $100 million contract that includes $57 million in guaranteed money.

Asked how he felt when other standout receivers such as Davante Adams and Tyreek Hill were receiving lucrative pay days earlier this offseason — while he was unable to get anything done with the Titans — Brown said, “I wanted my work to be appreciated. That’s pretty much it.”

Brown added that he has “no bad blood” with the Titans.

“They believed in me, they drafted me,” he said. “They got my started career.”

Softening the sting of leaving Nashville is the presence of Jalen Hurts on the Eagles. Hurts and Brown have been good friends dating back to when Hurts recruited Brown in high school to come to Alabama. Brown chose Ole Miss, but Hurts’ recruiting efforts proved more fruitful the second time around.

Hurts attended Brown’s daughter’s birthday the week before the draft. They worked out together, and during that on-field session, Hurts told Brown he was going to have the Eagles trade for him.

Hurts put a “bug in [the Eagles’] ear,” leading up to the draft, Brown said, and lobbied both the team and Brown to make a deal happen as they worked against the clock Thursday.

“I’m extremely excited to play with him,” Brown said. “We always joked about it, but we never thought it would be reality.”

“I’m one of the top guys in the league,” Brown said when asked what the trade and new contract say about him. “I’m confident in how I play, what I bring to the table. I’m glad the Eagles believed in me.”