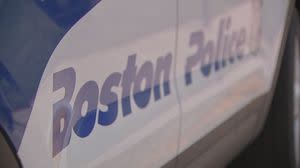 Two 13-year-old suspects charged with attacking people and vandalizing businesses in downtown Boston for weeks are being held on bail.

Judge Peter Coyne ordered that the juveniles wear GPS tracking bracelets if they post bail. He also ordered that they only leave home for school or service provider reasons and stay away from Downtown Crossing.

“They are worse than monsters,” said 81-year-old James, who alleges he was attacked by the teens at McDonald’s. “These kids don’t care. They are defiant to the law.”

Boston 25 News spoke with James last month after he said he was slapped and nailed with whipped cream inside a Downtown Crossing McDonald’s. He said he continues to feel furious as more cases involving some of the same teens come to light by the week.

“Something’s got to be done. It’s a ridiculous situation,” he said.

Some of the repeat offenders continue to roam free because they can’t be punished under state law.

Authorities can’t arrest or prosecute children under the age of 12 under 2018 state criminal reform legislation. That legislation also provides limited options for determining anyone under 14.

“They need to change the law where everyone is punished,” added James. “They’re not innocent! I don’t care what age they are.”

The string of cases started receiving widespread attention after a young woman was attacked by a group of teen girls last month.

A police report indicated that the woman was targeted and brutally beaten because of her braided hairstyle.